NorrNext progress and achievements in 2019

Well, 2019 has passed by and, traditionally, it's always interesting to resume what was done for a whole year and talk about NorrNext's plans on 2020.

As you probably have heard, this voting contest extension is our leading product which we have been working on more than 4 years and go on improving its code and extending it with new features. Now it is a stable product that has no analogs in Joomla and Wordpress CMS.

The version 1.8.0 became the most major release since the initial version of the component and brings a lot of important features. Now the additional protection layer was implemented: FingerpringJS library prevents the contests from unfair votes and each vote gets a validity score. A nice addition to YOOTheme Pro fans: Uikit3 theme was included in NorrCompetition. Discover more about version 1.8.0 in the official announce.

Reviews on the JED

The component increases its presence on the local markets and the Joomla community got a universal tool adapted to various languages.

There are a few new tutorials:

NorrCompetition got translations on new languages and the existing localizations were updated:

The required language package can be downloaded on the localization page.
Didn't find your language? You can help with component localization and join the project team as a translator! (here are the details).

NorrCompetition Grid module got an update. The version 1.4.0 supports the voting feature, so it expands the UX of your site. The official announce.

NorrCompetition demo site was totally revamped. Now the new version of the demo is based on Uikit3 template and shows the potential of the component according to the new features that were released since the beginning and has a modern design. If you prefer to create websites with YOOTheme Pro, you should appreciate the new component theme which looks harmonically with the modern framework.

An invention of the year - a brand new file and media manager was released in cooperation with our partners Delo-Design. Quantum is a solution which Joomla needed for many years. Quantum makes your work with the content much more productive and is a useful tool allowing you to resize images. It is our present to the entire Joomla community - the component is free and we welcome you to give a try its features.

If you already know Quantum Manager and like it, we kindly ask you to submit a review on the JED and support project development by sharing your opinion with the community. 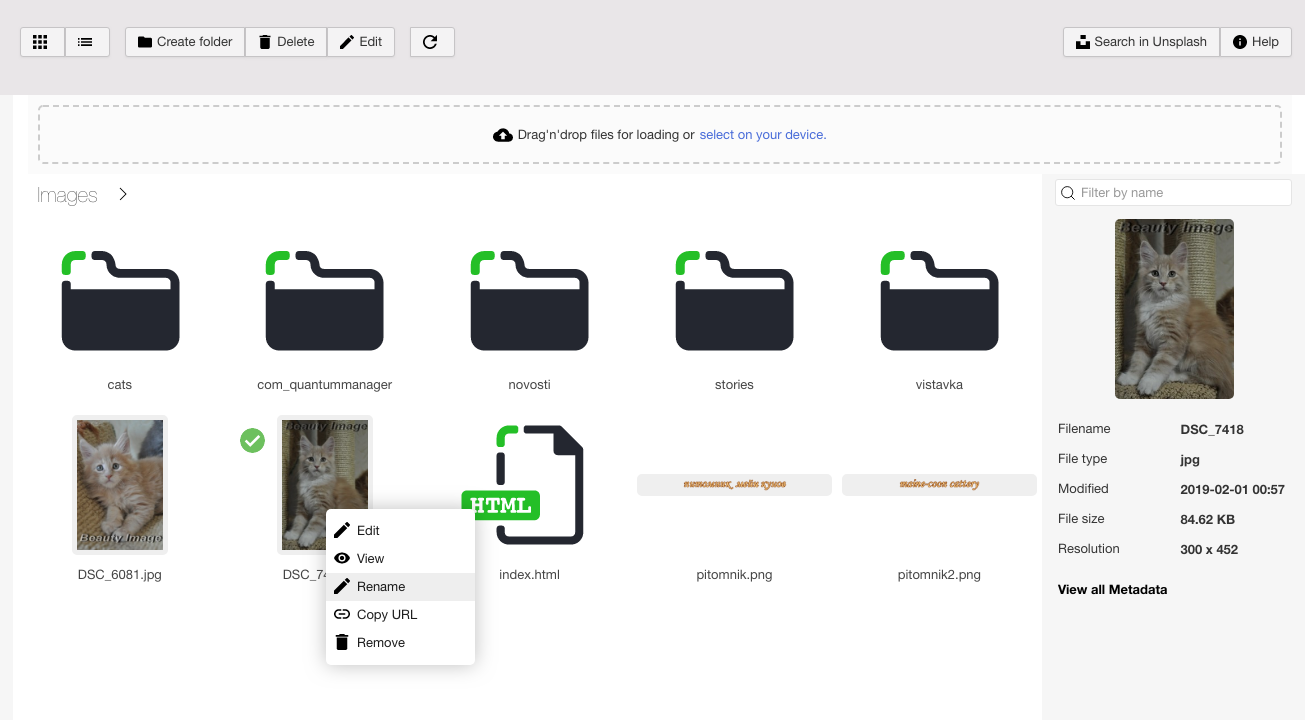 A great news to announce! We united our ecosystem with Delo-Design team to work on the web development and it is time to introduce our partners:

Delo-Design is a company based in Moscow, Russia which is focused on modern web development. Their main goal is to solve difficult tasks and work with the corporate sector. Their mission is to take the reputation of Joomla CMS to a new level and to health up the ecosystem of the CMS at the Russian market. Now NorrBits and Delo-Design work together.

And the first step in such direction is the release of Quantum Manager. We would like to express our thanks and kind regards to Vladimir Eliseev and Dmitry Tsymbal from Delo-Design for the time spent on Quantum Manager development.

Kunena plugins by RoundTheme were moved to NorrNext and now their further development will be continued here. Here is the list of plugins which extends the standard forum abilities:

We have been working on revamping NorrNext site, the new version will come with a new design and better UX. We focusing on usability and user interface, so the new version (3rd edition) of the site to be more modern and nice.

A lot of people asking us to show how NorrCompetition works on the administrator panel side. As a result, the playground is on its way to allow any user to examine how NorrCompetition is functioning. Visitors will have to submit entries, create new contests and change settings to see the result.

A new version of Quantum Manager is in the process of development and you can await its release soon. We plan to implement a lot of improvements and some new features.

As for other extension development - we work on various new extensions to be released in the 1st quarter of 2020. It's still a secret, but soon you will read announces. The time is running fast!

We wish you all the best in 2020 and join our social media channels to stay tuned about the recent news!

Product manager and Joomla enthusiast who has worked in many major web development roles since 2002 taking on a wide array of various projects.
Linkedin

We are on
Secure Payments
Products
Legal
Help
Conception
We provide free and commercial extensions for Joomla, Wordpress and E-commerce solutions made with love.
Stay in touch